a. The presentation of each award is discretionary and is based solely on the judgment of the Ladder Steward, the Club Chairman and the CFI.

b. The Award Year is aligned with the calendar year..

c. For cross-country related awards there must be no more than four turning points in addition to the start and finish points.

This consists of two leagues:

a. League One is open (anyone can enter).

b. League Two is Restricted to those who have not flown a 500km flight.

Both leagues award points for declared and undeclared cross-country flights and for height-gain flights.

Evidence of a successful turning at the Turn-point of the Year will earn a bonus of 500 points.

All flights claimed must have been flown according to the National Ladder Rules.

Pilots who wish to include flights in the leagues may do so either via the National Ladder web-site or via submission to the Ladder Steward of a completed written claim form within four weeks of the date of the flight. Forms for completion can be found with the other award and badge claim forms in the Clubroom. Flights will also be entered on the National Ladder.

Awarded to the winner of the Club Ladder, League 1.

Noting that the Rules allow both declared and undeclared flights, flight evidence acceptable to an Official Observer will be required for this award and for the resolution of disputes. Height claims must be supported by barographic evidence validated by an Official Observer. 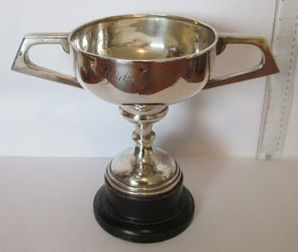 For the winner of the Club ladder, League 2. 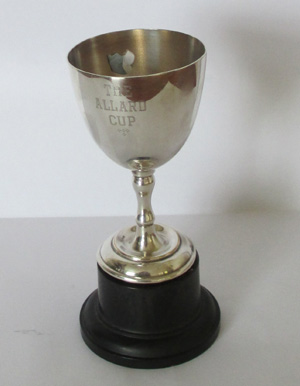 Awarded for the flight of Greatest Handicapped Distance flown from Parham. An eligible flight must have been flown according to National Ladder Rules. 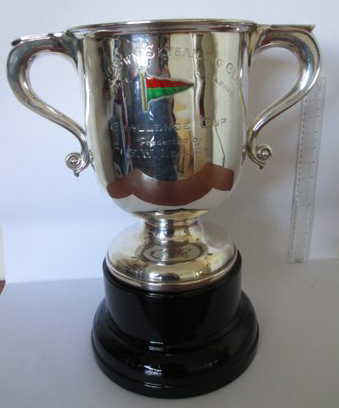 Picture from the SGC album of Phillip Wills presenting this Cup to David Parsey.
Possibly at the Club dinner at Brighton in the late 1940’s.
David was CFI of SGC in 1957 when he emigrated to Canada where he remained active in gliding.

Awarded for the Greatest Gain of Height.  Preference will be given to flights within the UK. An eligible flight must be supported by barographic evidence validated by an Official Observer. 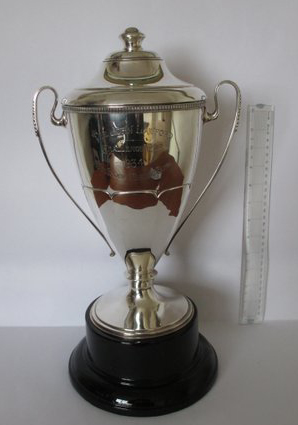 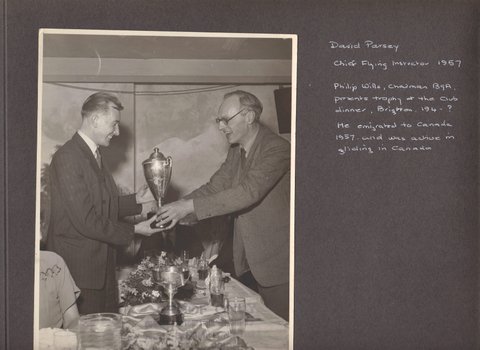 Presented by Brian and Heather Bateson. 1986.

Whilst the name of the trophy is unchanged, the eastern turning point is no longer Mount Harry. It is now Offham Church, a BGA turn point, Lewis Northwest (LWN).

Only turn-points sectors are allowed. No barrels.

The award of the trophy is contingent on presentation of acceptable flight evidence. This is unlikely to be other than logger evidence. 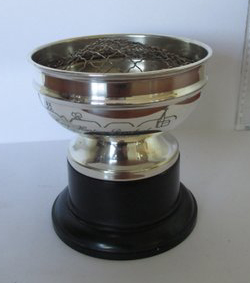 Awarded for the best flight in a glider having a speed index (Si) no greater than 90 according to the current BGA Handicap List. An eligible flight must have been flown according to National ladder Rules. 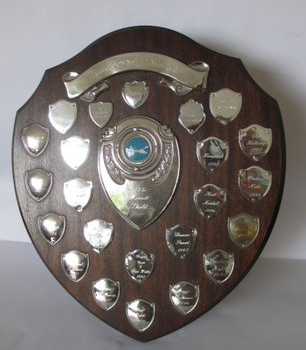 Made by Helmut Spanier of Bremen and given to Rod Walker who in turn presented it to SGC in 2004.

This trophy is awarded to a “senior pilot” for particular achievement during the year. 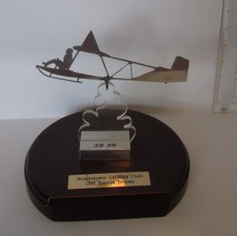 This discretionary award is presented by the Committee in recognition of distinguished contribution to the Club’s activities. 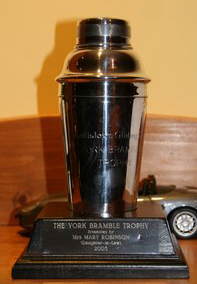 Awarded for the greatest handicapped distance flown in a two-seater from Parham. For a club award a flight declaration would not be necessary but evidence of the flight would be required. 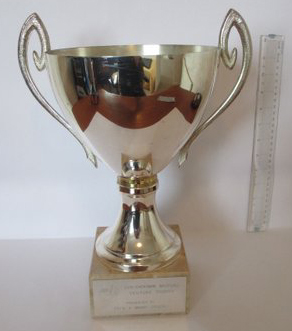 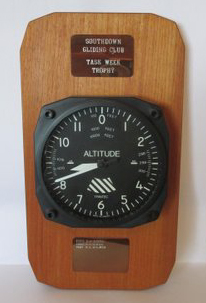 Awarded to the most promising young pilot. At the end of an award year, an eligible candidate must be less than 26 years old.

The award is discretionary and takes into account flying progress and contribution to wider Club activities.

This trophy is currently unaccounted for.